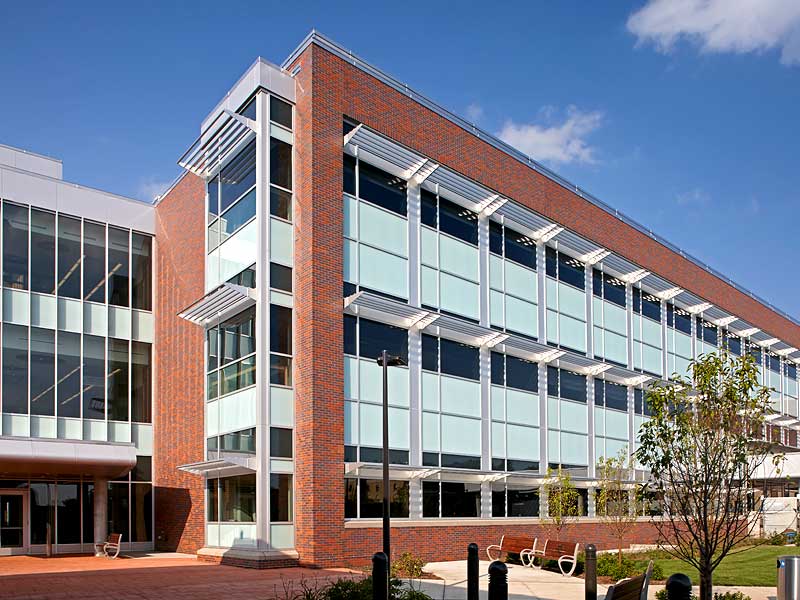 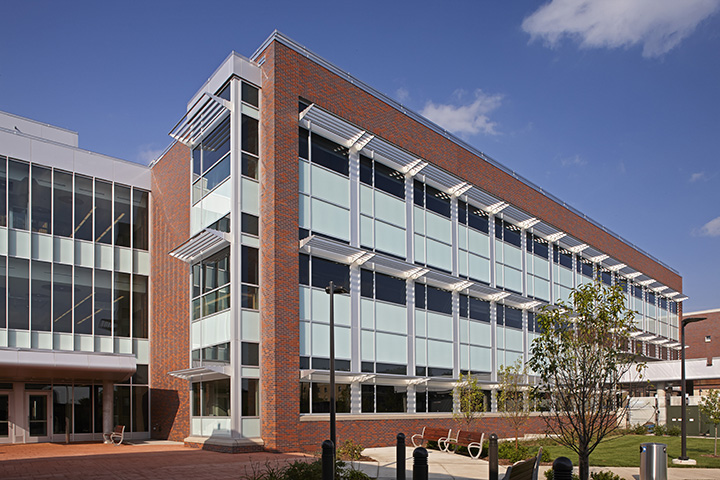 The ISELF educational building is the biggest part of St. Cloud State University’s recent science initiative.  It is a 100,000 square foot, three story structure with a full basement.

The foundation loads ranged from 100 kips to over 1,400 kips on the columns, and 8 to 24 kips per lineal foot on the perimeter strip footings.

Braun Intertec Corporation (Braun), the geotechnical engineer, encountered deep fill and organic soils extending up to 28 feet below the basement floor level.  These poor soils were confined to the southern half of the ISELF footprint and were likely a former ravine that had been filled in sometime earlier; Braun found competent sands in the northern half.

Rubble fill was encountered in the southwestern portion during the initial excavation work; the rubble extended about six feet below the basement  level and was removed.

We worked closely with the design and construction team to develop an economical, practical solution. Rather than deep pile foundations with a structural slab, the team decided to support the northern half of the building on the competent native sands, and the southern half with a combination of the Geopier ImpactTM System and the Grouted ImpactTM System.  Braun developed the initial demarcation between the “good” and “poor” soils, and through pre-drilling this was refined during construction.

The Grouted Impact System was employed for footing support in the buried organic soil areas; the grout mixed with the crushed stone provided resistance to bulging (creep) in the soft organics while still allowing the spread footings that the team desired.

The structural engineer, BKBM Engineers, designed the building foundations as normal strip and column footings sized for an allowable bearing pressure of 4,000 pounds per square foot.  The basement floor was a conventional slab-on-grade.