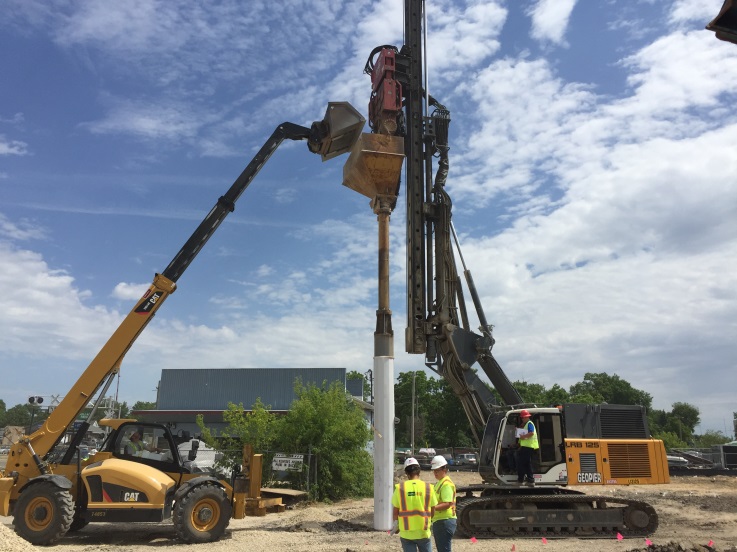 The Geopier Armorpact® System is a “rigid inclusion” ground improvement method that is tailor made for very soft organic soils and is an excellent tool for the geotechnical community.

We talked to Stephen Weyda, P.E., a senior engineer with Ground Improvement Engineering who works out of Wisconsin and Northwest Illinois. He has been using the Geopier Armorpact® System since 2009. 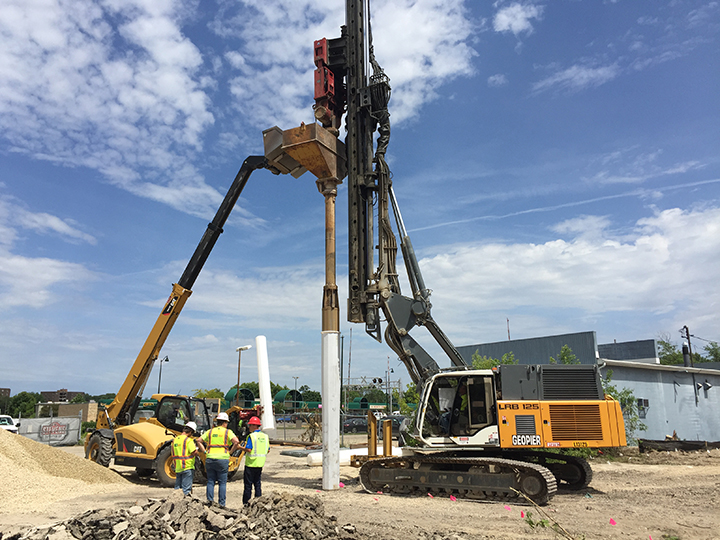 In Wisconsin, we have a lot of soft, alluvial organic soils. These organic soils are largely present in undrained areas that are adjacent to waterways and have different grades of organics like a topsoil or peat. When building along a body of water such as a lake, river or wetland, you’re more likely to find these types of soils. These organic soils require a rigid inclusion system, which better supports heavily loaded structures than standard aggregate pier systems. When you’re building an aggregate pier, organic materials degrade and tend to soften around the aggregate. The purpose of the Armorpact shell is to prevent softening of the pier as the result of the degradation of soils outside of the pier. A mandrel pipe is used to fill the shell from the bottom to the top. The Geopier Armorpact System locks a confinement sleeve into place. You now have a system that is robust enough to support the structure.

Sometimes a competitor will propose a conventional aggregate pier system. We often educate the design team as to the benefits of using a more robust system, especially the geotechnical and structural engineers who understand the soil conditions and need for structural support. Without a robust system in place, the structure could face ongoing settlement throughout its life. This could lead to minor drywall cracking or greater concerns regarding the structural function of the building. We also explain how the upfront cost of the Geopier Armorpact System could be a cost savings down the road for the owner or developer.

Marling Lumber Redevelopment, Madison, WI
We recently completed a project for the redevelopment of the Marling Lumber on East Washington in Madison, Wisconsin. This large, mixed-use project included multi-family residential units, retail and office space and a parking garage. We used the Geopier Armorpact System for all structures on the site – almost an entire city block. During the bidding process, some of our competitors didn’t address of organic soils. As a bonus over other rigid inclusions, is the flexibility of the Geopier Armorpact System. Let’s say you have an isolated layer at 10-15 feet with footings that drop down to that range. The Geopier Armorpact System allows you to cut the shells to fit the proper elevation. On the other hand, grouting is much more difficult to stop at the correct elevation. This project had footings at multiple levels and we were able to provide a solution to fit the needs of the project.

If your site has organic soils, you need to focus on what’s important to you as the owner or developer. Are you adverse to risk? What are your expectations for the long-term performance of the structure? The Geopier Armorpact System is a robust, long-term solution that reinforces the soils for more heavily loaded structures and it may just be the system for you.